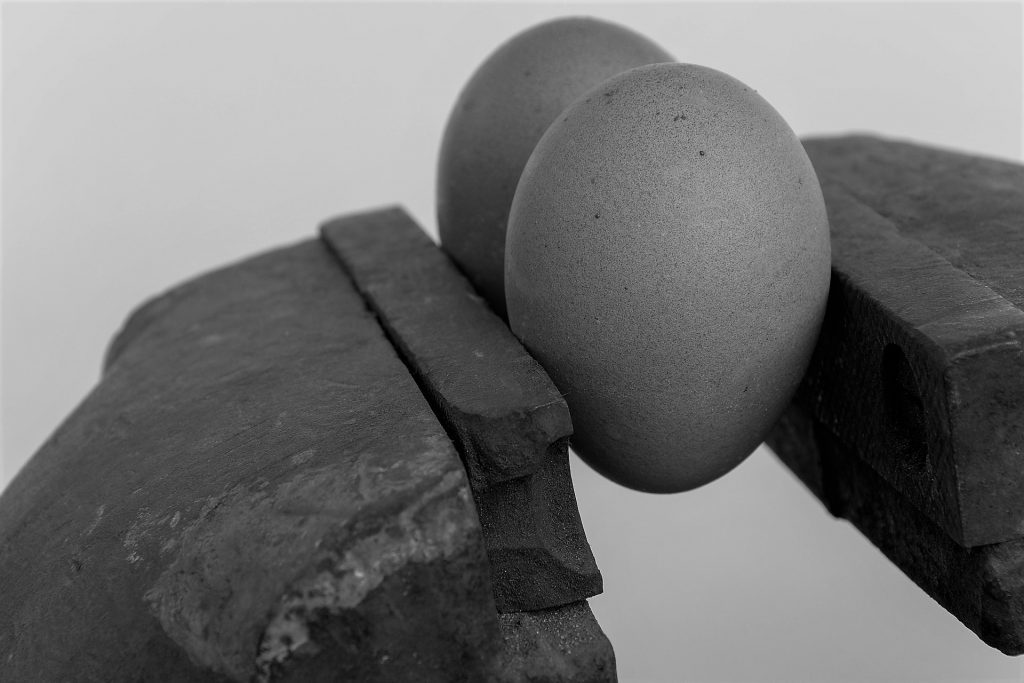 Economic consequences of the COVID-19 global pandemic are inevitable, although it is too early to enter into final conclusions. Certain company level changes tend to show a pattern, and it seems to be sure that certain behavioural norms remain with us longer. Global recession is here, as well,  raw figures and estimates show a devastating picture.

Although  certain countries are working on their exit strategies, some others are still fighting against the overload of their healthcare institutions and try to ‘flatten the curve’, meaning to slow down the spreading of the virus to have enough time and capacities to provide the necessary treatment for the infected. This strategy seems to be more or less successful, however, the ‘price’ to pay for this slowing down is expected to be a (i) much longer period until the end of the pandemic and, most probably,  (ii) a longer recovery period. If at all.

Parallel to this fight on the area of healthcare, governments are announcing different economic measures, funds with the intention to mitigate the risk of a massive overall downturn, such as bridging solutions for the most vulnerable areas.

Despite of the centralised efforts, certain market participants have their own strategies, and are about to work along that one, in line with their individual interests. Markets clear. Besides making efforts to forecast at which cost the foreseeable changes may get through on the macro level, and who are supposed to bear them, it is worth taking a look at the possible micro level motivations behind the moves. Because there are moves and their number is expected to increase over time.

New reality. In the context of the macro level economic consequences, this article is only about to focus on the acquisitions, meaning the redistribution of assets, in general, in the economy. Even more accurately, it is about to highlight those recent tendencies which seem to draw the landscape and may be worth paying attention to, in Europe.

Needless to say, that such events as a virus outbreak and a following global pandemic may trigger the vis maior, material adverse change in circumstances and/or the severability clauses in the respective documents, when it comes to the ongoing transactions. Wordings regarding ‘vis maior’ provide challenges for both the strategists and the legal people when explaining the understanding of direct and indirect impacts of such a pandemic. Material adverse change and severability related differences in understanding may also result in sleepless nights for the respective experts, though one thing is sure: we all face a different reality and have only educated guesses about how the future will look like.

However, it is way not that obvious what conclusions may individual market participants make.  The easiest to understand may be to put on hold those deals where strategy has been approved under completely different circumstances and the perceived new reality seems even worse than any of the stress scenarios. Those, considering making either investment or divestment steps for whatever reason, and those who were not even thinking about such options may have had very different individual conclusions. Public deals may also have their own anatomy due to their special circumstances and the regulation of takeover bids. Let us see some takeaways from the recent two months – primarily in relation to private deals.

Assets or shares. In a simplified world, this is one of the basic dilemmas the investor and the divestor face. Of course, there are also business transfers and several other, also synthetic, solutions, which might be considered being somewhere between the two. Industry, geography, market risk, overall risk profile, situation, interest of the seller and the buyer, among others, are those factors to be considered before making structuring decisions.

Recently, a small but still traceable shift is experienced on the prospective buyer side towards assets (as oppose to shareholdings). When listening to the reasoning, the lower risk associated with assets is a key element, as usually, although it is almost entirely considered only in those cases where the asset acquisition is motivated by professional reasons and not purely financial. One would say that it is not a surprise, so why to mention it? What is new, is that this motivation occurs in those prospective deals, where the operation of the requested assets needs further, considerable investments and efforts to meet the underlying business plans. Did market participants lose their wisdom? Not really. They may have lost their risk appetite and value (trust?) their own capabilities more than those external ones.

On the seller side, the experience is more colourful. Some participants, who were going to make divestment decisions to stabilize themselves by focusing on their core activities may be pushed to the tipping point and are now considering a complete sell off. Some others, who otherwise had a stable financial position may consider to stop ‘trial and error’ strategies with activities having a weaker correlation to their core activity, and divest, in order to re-allocate the so generated financial and other resources to their core activity. An interesting niche is those companies founded for a pop-up business opportunity, which is about to fade away, consequently triggering a complete and quick sell off (but at least cash out, where possible…).

Traditionally, crises of any kind are expected to create ‘buyers’ market for acquisitions, not surprisingly, to leverage on the stressed situation of those who are either in a sensitive phase (e.g. due to an expansion strategy), or simply have less or no reserves and can bridge only shorter periods.  Consequently, the motivations of the sellers depend strongly on their actual perceptions, and can be summarised as: (i) to get rid of problems as soon as possible or (ii) to save the core activities/products by all means. Either way, a kind of urge is present in their attitude.

Now or never. Timing is crucial in acquisitions, no question. However, in a crisis, ‘good timing’ or the ‘right time’ may gain a slightly different meaning.

This pandemic hit certain sectors very quickly and to a large extent. Hospitality, travel and event services, transportation, employment-intensive manufacturing, health and beauty services and those, who are anyhow related to these sectors, are among the victims.

A natural redistribution of assets was almost sure, so what seems to be happening now is just what has been expected.  What may have been less expected is that the seller side priority seems to be no longer the best available price, but the shortest transaction with the simplest structure. The sooner and simpler the better. Well. It can be understood as risk minimisation, at any price.

The buyer side, where there are funds available for investment, accelerates internal resources to process as many options as possible to find the best possible matches. Financial investors are also keen to cherry pick, where they smell high turnovers in a short period of time. Not much of a surprise. It is a kind of common knowledge that situations under financial distress may offer the best opportunities for buyers, who tend to take their time, as long as possible, while the seller side is about to close as quickly as possible.

But. We should not forget that the perspectives may have also changed, very fundamentally, such as that the circumstances may have become different, compared to times where only certain (means limited number of) market participants (means not complete industries or sectors with all their supply chains) were under stress. Well, this is what makes the real difference. What if there may be huge competition around a relatively nice (but currently stressed) piece, and the seller’s position would far not be that bad? What if best buys at the moment turn out to be the most expensive hobbies over time?

Good or bad. We need to step back to the macro level, shortly, to understand what it means to be good or bad – in terms of social welfare.

In the recent years, we have learnt such expressions as customised solutions, scalability, disruptive technologies, and heard economies of scale, efficiency, mass production, direct sales, human resource intensity, etc. much less. Of course, this is only the surface, mostly affected by fashions, trends. What is unquestionable is the importance of responsiveness and adaptability, regardless of the size and the industry, and a shift towards specialisation (instead of generalism). The former is associated with relatively smaller size or huge amount of resources, the latter with an increasing number of market participants.

Quite often, new ideas are emerging in a small scale, and have to go a long way to get visibility and become successful. There are also enterprises which are scaled as small, with a purpose, and intend to service a well-defined, and also limited demand side. Mature businesses try to protect their markets and keep their customers, so try not only to differentiate themselves from the competitors, but also to keep them down, by all means. Small start-ups invest their efforts to shed light on the deficiencies of their competitors and try to leverage on their flexibility and responsiveness. And so on.

What happens now? Certain market participants are close to disappear, probably earlier than they planned, and we may look back to them as an example how markets clear. Others may speed up with their sell off, that they planned, due to lack of capacities to grow beyond an extent, and the idea will be supported by a larger entity with more funds and larger capacities. As a consequence, both may contribute to the social welfare this way or that. Both may be considered as a positive outcome.

Unfortunately, there is no guarantee for the positive scenarios. We may also have to live together with the possibilities of viable innovations killed in an early stage, simply because of the lack of financial resources, and also with hostile takeovers, the purpose of which may be to decrease (eliminate?) competition. So-called scale businesses may become bottlenecks and jeopardise development. Transition may also be painful, if formerly employment-intensive industries start to automate, emerging industries disappear from the scene or services cut back on capacities to meet a declining demand. Employment market, and also the supply chains may not be that responsive on the short term, resulting in a domino effect – to a negative direction. Do markets fail? Or is it the regulatory environment that fails?

Conclusion. As of today, after two months, we see several transaction opportunities popping up, drawing the attention to a foreseeable, relatively massive redistribution of assets in the most affected sectors and industries. Most of them seem to be initiated by the seller side, requesting a simple and quick solution, and focusing less on the best available price. Regarding the structure, buyer side seems to shift their focus on the asset deals, instead of shareholdings, where relevant.

Shall we be happy or not? Where does it all lead? It is too early to jump into conclusions, but probably the right time to think. Preferably out of the box, as the box might not be available at the moment…  Tables turn, but we should not forget that we are also responsible for our decisions. Let us see what is on the other side.